The settling of the Dolomites

It was at the end of the glacial period some 11,000 years ago when the frosted crust covering the Dolomites started to melt, leading the glaciers to retreat. Various plants and animals penetrated into even the highest mountain regions, followed by the hunters of the Stone Age period.

After this first form of economic exploitation of the Dolomites, there were innumerable other strenuous phases of settlement. Hundreds of generations worked hard clearing woodland and opening up the territory in order to create a network of roads and settlements. Fortified hamlets, cultural sites at high altitude and cross-regional trade bear witness to the first organised settlement systems. 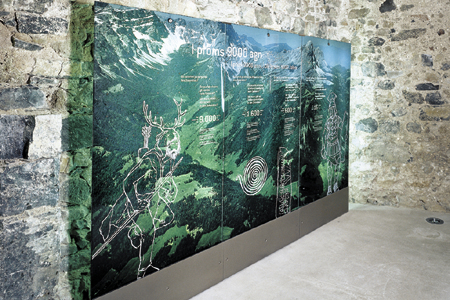 On the track of Stone Age hunters

The end of the glacial period: for thousands of years hunters had spent the winter season in the main valleys. When spring arrived they moved to high mountain regions more than 2,000 m above sea level, together with their extended families. The favourable weather conditions of the Mesolithic period (9,000-4,500 B.C.) and a large range of game above the timber-line made hunting easier at those altitudes rather than in the wooded valleys.

People moved to protected areas near the forest boundaries and mostly next to passes, where they sought shelter under the ledges of gigantic rocks. Many of these ledge shelters, enclosed by branches and twigs, were still in use many centuries later. In the higher situated hunting areas people arranged simple rest and observation posts for themselves.

The Bronze Age settlement near the Sotćiastel farm is sited on a high rocky outcrop to the north of Abtei/Badia and near the old route connecting upper and lower Gadertal/Val Badia. This position meant protection for the inhabitants, while at the same time giving them control over one of the Dolomite commercial routes.

The small settlement flourished between 1600 and 1400 B.C., a time when alpine valley dwellers were intensifying their agricultural and mining activities and the Dolomite valleys were strengthening their interregional trade links. Cultural exchange with the surrounding regions also grew. 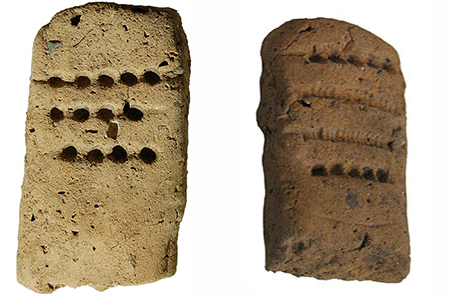 The Rhaetians in the Ladin area

How did the Rhaetian people live during the last centuries B.C., the Iron Age? From excavations carried out, we can identify a farming culture that had cult sites on the tops of mountains and which used an alphabet that had its roots in Etruscan culture.

The oldest written document found in the Ladin valleys to date, a small inscribed stone stele, was found at 2100 metres on Mont de Pore, between Andraz and Col de Santa Lizia/Colle Santa Lucia. There is still a great deal of controversy about the meaning of the inscriptions on this isolated find. 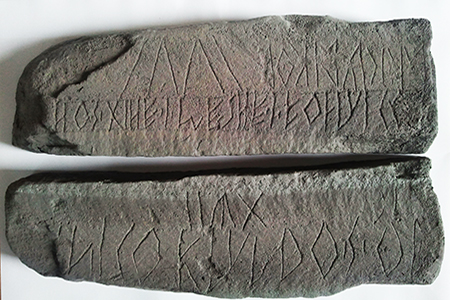 Roman soldiers, merchants, officials and priests brought a variety of technical, economic and cultural innovation to the area.

Along the main routes in the major valleys, Roman settlements were built or already existing settlements were enlarged: Sebatum (St. Lorenzen/San Lorenzo) in Pustertal/Val Pusteria, Brixen/Bressanone in the Eisack/Isarco Valley, Pons Drusi (Bozen/Bolzano) and Tridentum (Trent).

People gradually began to speak a colourful local “popular” Latin. The Roman influence came into the Dolomite valleys in a much slower and less systematic manner than in the main Alpine valleys.

The Roman settlement of Sebatum (St. Lorenzen/San Lorenzo) was a key starting point for the romanisation of lower Gadertal/Val Badia.

According to one hypothesis, small hamlets initially called vici and later viles developed from the economic units of the Roman smallholders during Roman times. 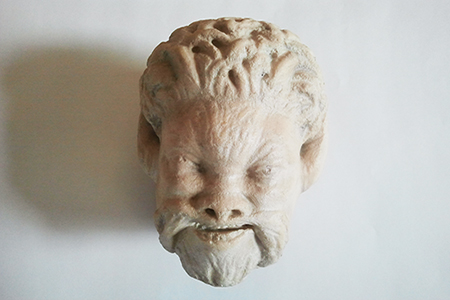 In the area around St. Martin/San Martino there are some scarcely visible archaeological signs on the landscape which can be traced back to the Roman surveying system known as Quadra. The distance between parallel land boundaries and their relationship to ancient boundary markers and paths provide a system of squares, with each side measuring approximately 240 metres. This measurement corresponds to a unit commonly used in mountain areas in Roman times.

According to this system, the intersection of the main Roman survey lines (cado and decumanus) lies right on the hill where the castle of St. Martin/San Martino is sited. It is said that in the 13th Century, the first part of the castle, a living tower, was built at this precise point. Coincidence or a conscious continuation of a centuries-old tradition? Future research will try to solve this interesting question.