Italian-Swiss Ethnographies for the Valorisation of the Intangible Heritage

Ovid tells us that Echo was a nymph with a special gift for the art of storytelling. She was so talented that Zeus had her divert his wife Hera during his frequent extramarital adventures. As soon as Hera discovered this ruse, she deprived Echo of her voice and left her with the ability only to repeat the last words of what she had heard.

Expressed in a different way, an echo is a fragment of a story. Echoes (“echi” in Italian) are therefore resonant “voices” and episodes of tales that can take on different variants, forms, contents and interpretations in the Alpine lands. The project is dedicated to these echoes of intangible fragments in the transnational scenarios of the Italian-Swiss areas.

The safeguarding of the intangible cultural heritage is an important aspect of current cultural politics and is regarded as a fundamental activity in defending creativity, a feeling of belonging and the identity of communities, especially in border areas that are exposed to constant processes of exchange.

Law no. 167 of 27 September 2007 in Italy ratified the UNESCO Convention for the Safeguarding of the Intangible Cultural Heritage, which had been adopted in Paris on 17 October 2003. The Convention obliges participating nations to take the necessary steps to safeguard their intangible cultural heritage and promote co-operation at regional and international levels. 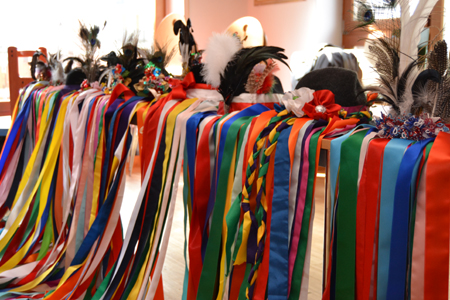 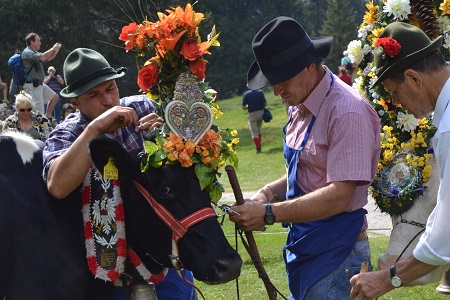 As a project partner of E.CH.I., the Museum Ladin has concentrated its documentation of intangible cultural goods in Gröden. This documentation was entrusted to the Ladin ethnologist, social and cultural anthropologist Emanuel Valentin.

The first step was the digitisation and cataloguing in the “cultural heritage cataloguing system” of a large audio collection by two men from Gröden, Oswald Rifesser and Georg Dellago, who since the 1980s have been interviewing numerous (especially  older) people from the Gröden Valley on life in former times. Excerpts from these interviews were broadcast by Radio Gherdëina in its programme “Jënt conta dla vita there zacan”. This audio collection contains numerous narrations about old customs and living habits from that time as well as peasant knowledge that has today largely disappeared. The audio collection thus represents a valuable verbal testimony of particular individuals’ knowledge of intangible cultural goods that can be put together as individual parts of a larger jigsaw. These testimonies have been supplemented by thorough literary research.

The second step was ethnological field research with the aim of documenting the intangible cultural heritage of Gröden. Selected examples of this cultural heritage were recorded on video in co-operation with the filmmaker Hanspeter Karbon and can be seen at this multimedia station.

All documentation of all of the regions participating in the E.CH.I. project has been catalogued in an online inventory and can be accessed by the public via internet.

LINK to the E.CH.I. INTANGIBLE SEARCH

Videos of the E.CH.I. project in the Val Gardena Valley

Region of Lombardy, Office of Education and Culture, Archive for Ethnography and Social History (AESS)

Region of Piedmont – Department of Museums and Cultural Heritage

Canton of Ticino – Centre for Dialectology and Ethnography